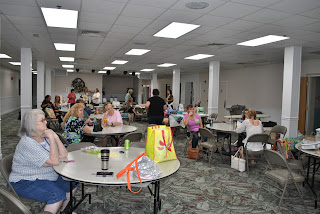 Twenty-eight members gathered at Crestview Baptist Church for our October Meeting and Sew Day on October 10, 2015.  Natalie called the meeting to order at 10:00 am.  She began for asking for a moment of silence for those who needed strength and comfort.  She then welcomed everyone and introduced one visitor and four new members - Crystal, Roxy, Laurie and Jane introduced themselves.


Marcy reported on our first-ever Sew Modern Quilt Lab (and Quilt Show), held at Crestview Baptist Church on September 11 and 12, 2015.  We had 25-30 students take part in Friday's classes and more than 50 students attend Saturday's classes.  A "Sew-cial" was held on Friday evening.  Feedback from the event was overwhelmingly positive.  Members thanked Marcy for organizing such a wonderful event.

Three quilters received a rousing rendition of Happy Birthday and their birthday lollipop to celebrate their special day.

Wendi presented the proposed changes to the by-laws which included adding Past President as a position on the Executive Board, elimination of a position of "Co-Presidents" on the Executive Board, and elimination of the requirement for the guild to maintain liability and Directors and Officers Insurance.  After a motion and second, changes to the by-laws were unanimously approved by the members.

Wendi announced that the Executive Board was accepting nominations for officers to serve for the 2016 year.  Forms are provided for members to nominate themselves or others to serve the guild in this capacity.  Elections will be held in November.

Elaine reminded everyone that the Block Lottery is both a skill building and a fund-raising event held monthly in ECMQG.   The committee tries to choose fun blocks of varying difficulty to help members move out of their comfort zone.  Those submitting blocks donate $1 to the guild for each block and one lucky member goes home with an "insta-quilt." 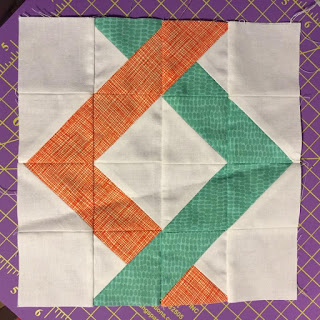 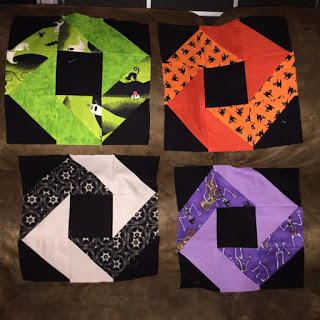 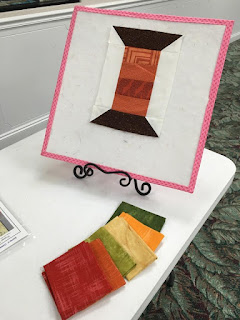 November's block will be a spool block.  Use any pattern of any size 6" to 18" to create a spool block.  The variations in size and pattern should make for a very modern quilt.  More details will be on the blog. 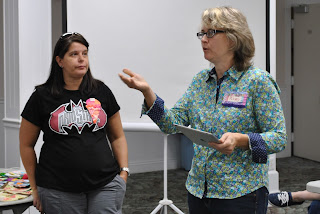 Kristy and Deb presented the plans for St. Simon's Craft Fair which will be held November 6 and 7 at St. Simon's on the Sound Episcopal Church in Ft. Walton Beach.  Donations of craft items and commission items are being accepted through the end of the month.  Kristy will attend the craft show all day on Friday and Deb will be in charge on Saturday.  Our booth will be upstairs in the church.  Members were asked to commit to shifts on both days, and particularly to help clean up on Saturday.  Members were asked to be sure consigned items were labeled with their name and sale price, keeping in mind that the guild receives 10 percent and that we must pay sales tax on the items, which is to be included in the asking price.

Natalie reminded members that dues are due in November for the 2016 year so that we will have the funds to pay our national dues on time.  Dues are still $25 and include membership in the national guild in addition to all the benefits of our local guild - door prizes, block lottery, programs, and association with one another.

Cindy reminded members to think about quilts they can display at the Chautauqua Quilt Show.  Any quilt is eligible for display at the show.  We would love to have a wonderful selection of modern quilts to show.  All sizes of quilts are eligible and there is no restriction on when it was made.  This is not a judged show, but there will be Viewer's Choice awards presented in 3 categories.  In addition, we will be making a group quilt to raffle/auction at the show, and we will have a craft booth to sell handmade items.  We will also be accepting handmade items for consignment.  Cindy challenged every member to submit a quilt.


Members presented their gifts to their partners in the Anniversary scrap swap.  This is the 4th anniversary of our guild.  In August, participants each took home a bag of scraps and created something wonderful for their partners. 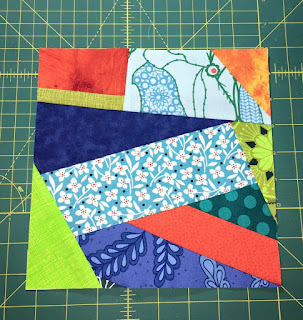 Natalie and Cindy presented a the program, "15 Minutes of Play," based on the book of that name by Victoria Findlay Wolfe.  Natalie prepared a wonderful powerpoint presentation and lots of gorgeous samples.  Next month's program will be on raw-edge applique. 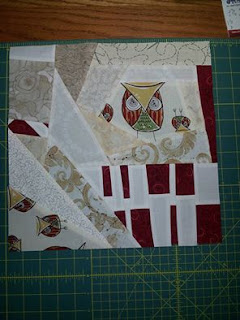 They presented lots of ideas for "made fabric" to be used in making. 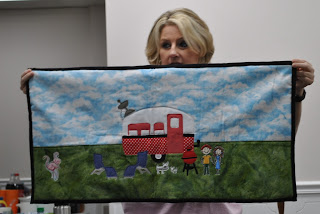 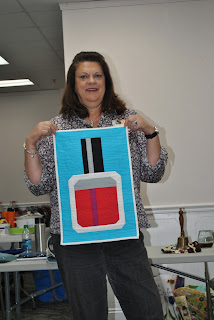 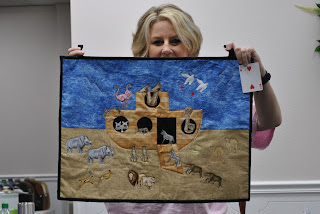 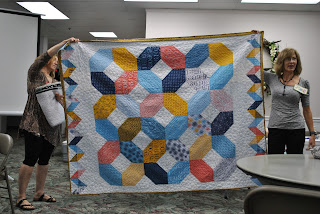 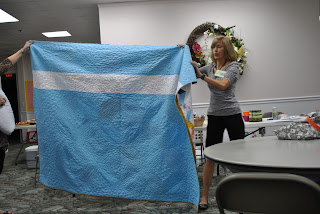 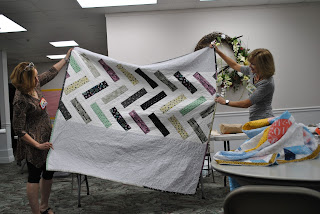 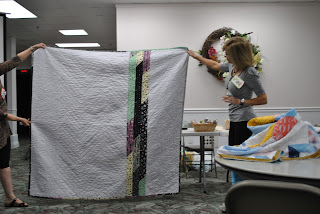 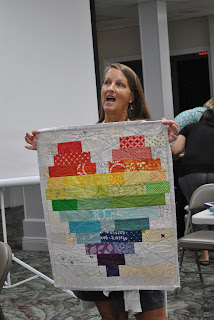