We are part of something bigger.

Our flags, those beacons of peace and love and hope and healing and inspiration and solidarity, made it to Boston and are hanging in the Museum of Fine Arts.

Flags from around the world - every continent with the exception of Antarctica - are part of the exhibit which opened May 23rd and runs through July 7th.  At last count, there were more than 1700 flags.  I just read on the Flickr To Boston With Love discussion page, some have yet to make it to the US.

The public response has been overwhelming.  The display is breathtaking.  The idea that began with one person, spread to the hearts and hands of many.  It is inspiring and humbling to be a part of this.

These two photos are from Amy, aka drury girl on Flickr, who graciously gave me permission to publish her pictures.  She also told me "I want to go back over and take more snaps when it's not too crowded - I am a member so it's easy-peasy, and I've been meaning to, because I couldn't find one of mine!"  No wonder, with 1700+ flags to view.  It's serendipity that ours are in her photo.  Thank you Amy!

Thanks to Leslie's keen eyes, she was able to spot our flags in the top photo.  Ours are on the right hand side, the third row down.

The second photo is just an enlargement of the original photo.


These next four photos were taken by Amy Friend as the flags arrived at her house and were unpacked prior to the museum installation.  Amy is the president of the Seacoast MQG and blogs at During Quiet Time.

In all four photos, the top row has our flags.  The eye-heart-BOSTON flag in the bottom row, center, is drury girl's. 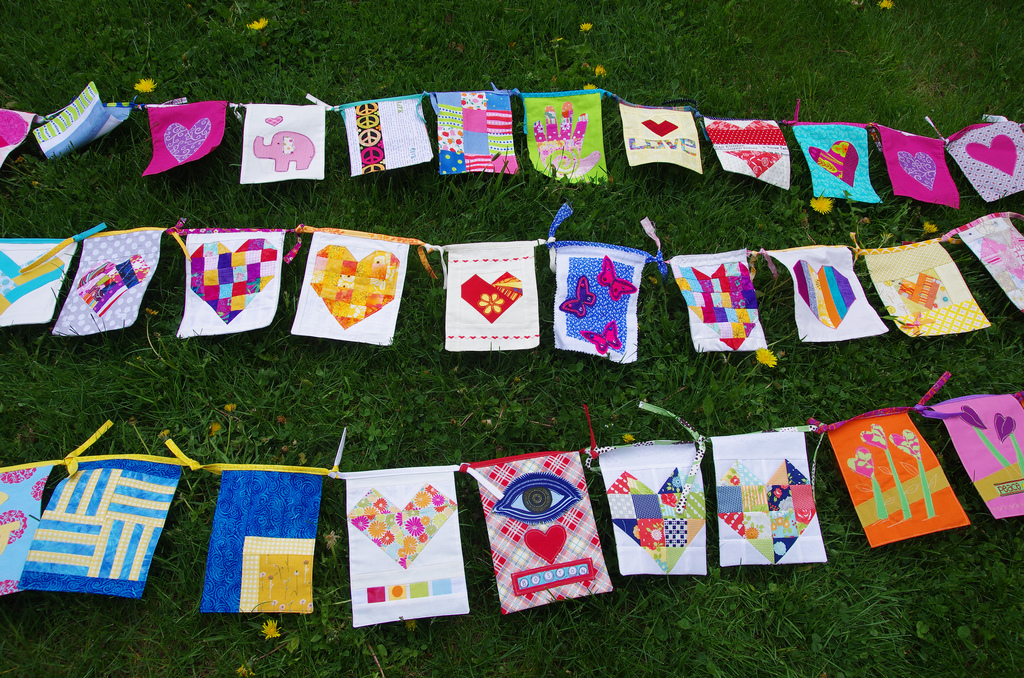 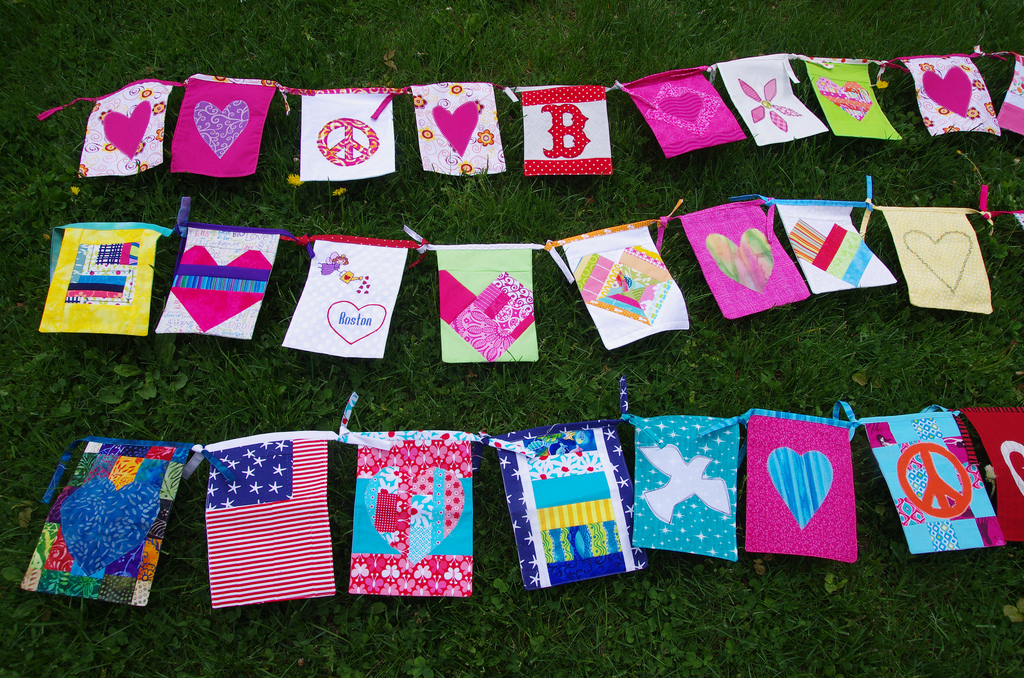 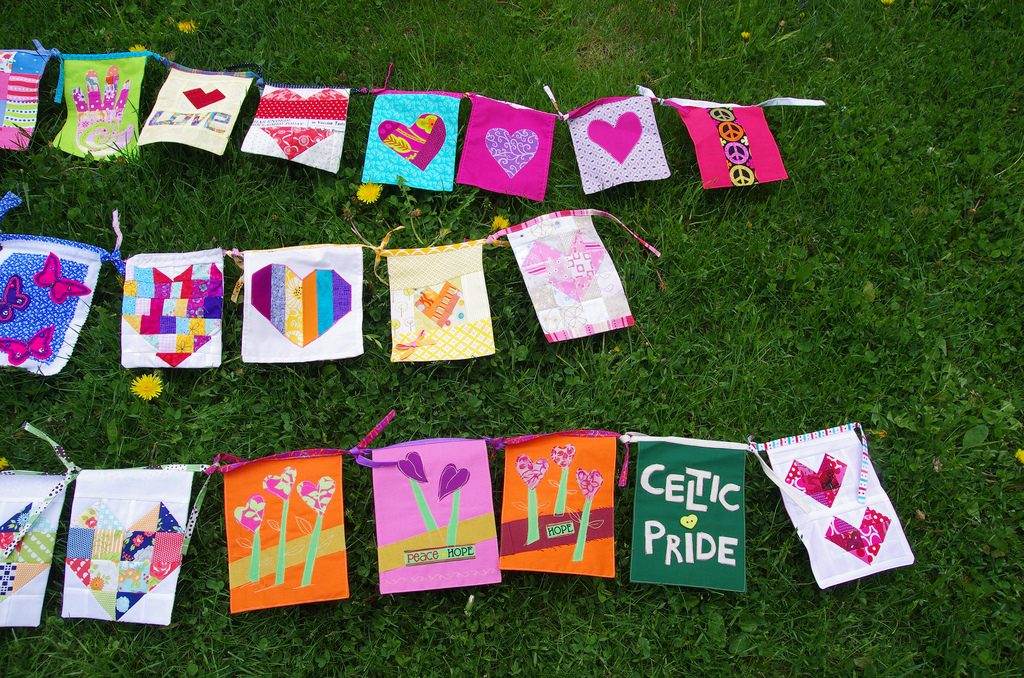 Some of you might not have seen Kelly's photo.  These are our flags assembled together and hanging on her fence prior to mailing to Amy. 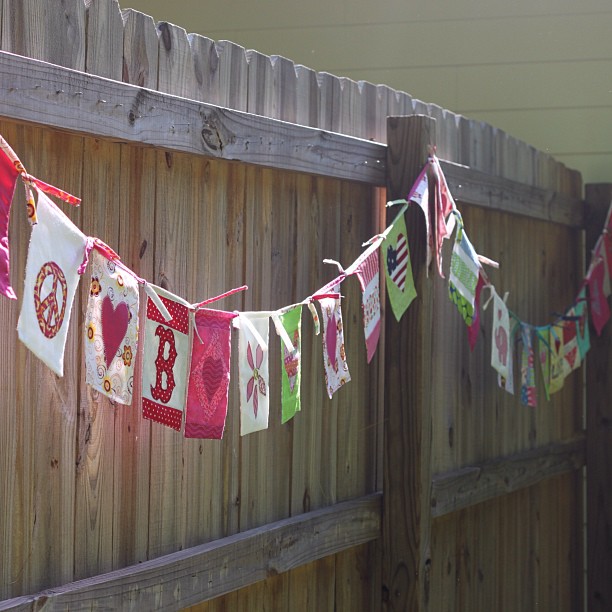 If you'd like to see more photos, or read any of the many media stories about the To Boston With Love project, here are some links:

We are part of something bigger.  And it feels good.

Cindy
ECMQG Secretary
Email ThisBlogThis!Share to TwitterShare to FacebookShare to Pinterest
Labels: To Boston With Love