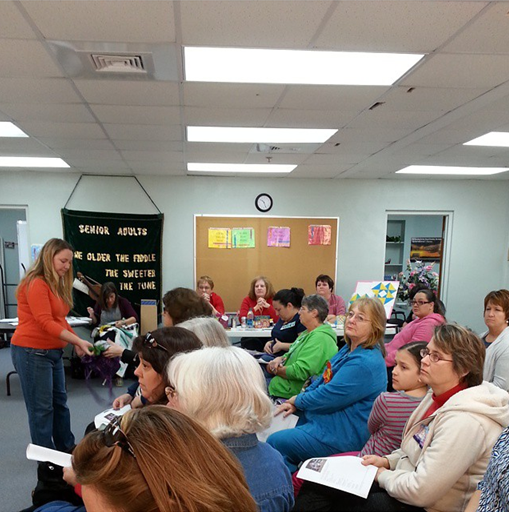 A warm welcome was extended by Kira, President, to existing members, new members, guests and visitors. There were 12 new faces at the meeting, some a result of a modern quilting presentation given to the Milton Quilt Guild last November.

The benefits of guild membership were highlighted.

The new board members and committee chairs were introduced.

Birthdays
Eight members celebrated birthdays in December or January. These members received their birthday fabric “lollipops” and a rendition of “Happy Birthday” sung by those present. 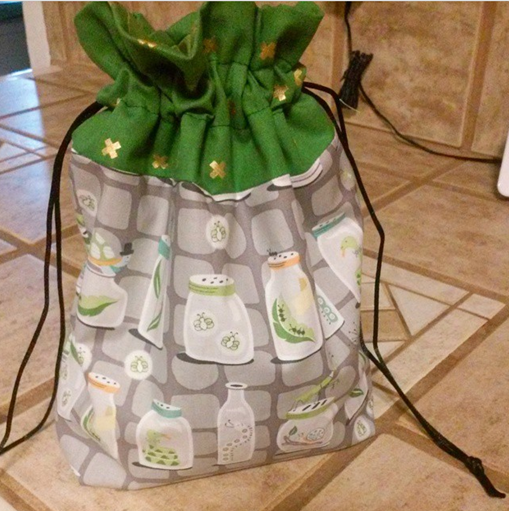 Yvonne and Cricket presented a program on making a lined drawstring bag. The tutorial can be found at Jeni Baker’s blog,
www.incolororder.com/2011/10/lined-drawstring-bag-tutorial

The swap at next month’s meeting, “Sweet Pouch”, will utilize the drawstring pouch. Instructions and signup for the swap are available online at:
emeraldcoastmodernquiltguild.blogspot.com
The deadline for signing up is January 17, 2015. Contact Cricket or Yvonne with questions.

Today’s swap is: Low Volume F8’s. Instructions are available on the blog.

Announcements
Cindy spoke about the Charity Quilt Program. These can be worked on individually or as a guild during sew time following each guild meeting. Today, interested members can work with Cindy on a “Make It Patchwork” quilt using 4½ in squares donated by guild members. Orphan blocks and UFO’s are a welcome donation. There is a link to the Charity program on the blog. Check there for more details.

Marcy  gave an update on the charity quilt worked on by guild members and submitted to QuiltCon 2015. She requested that anyone who worked on the quilt please contact her with their name so it can be included on the label for the quilt.
Marcy is also planning the guild’s first retreat. She updated us on ideas she has, venues she is exploring and passed around questionnaires asking “what would we like to do” and “what can you teach”. The retreat is tentatively planned for September, 2015.

Becky passed out a survey, to be completed at the end of the meeting, on which members can indicate which programs they would be interested in seeing and any areas where they could help. A field trip to A&E was discussed.

Natalie talked about “Quilt National ‘13” being held in Panama City, FL. The exhibit can be visited through February 20, 2015. There is a $6 admission fee. For more information visit the Science and Discovery Center of Northwest Florida’s website. 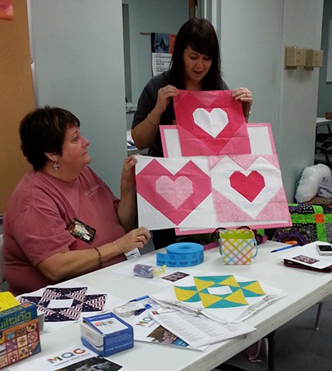 The block lottery for this month, ‘Castle in the Air”, was won by Natalie.
Next month’s block lottery, presented by Susan, is ‘Hearts”. Details can be found on the blog as well as the rules governing the block lottery.
Blocks may also be made using a red, white, and blue theme to be used for QOV. 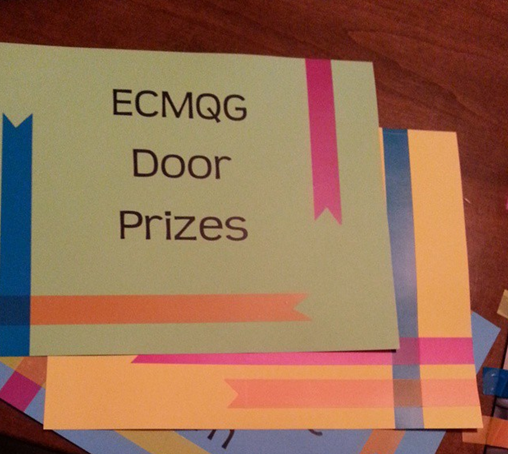 Many wonderful door prizes were won by members, guests, and visitors. Each member wearing a name tag receives one ticket. Additional tickets may be purchased for $1 each. 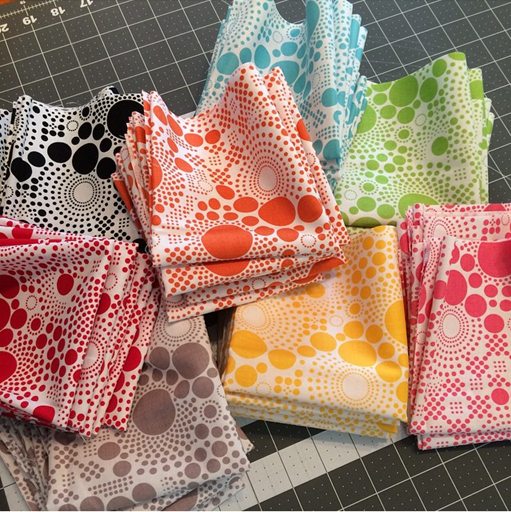 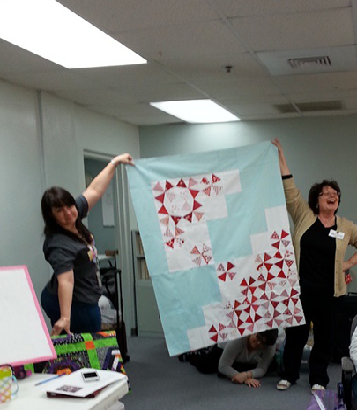 Eleven members brought in show and tell this month, including one new member and one junior member of our guild. Pictures will be posted either on the blog or Facebook. 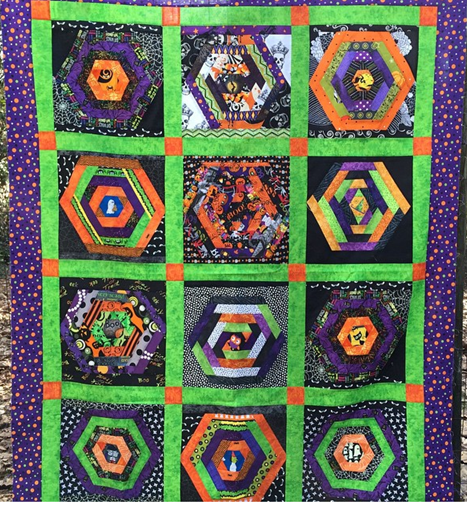