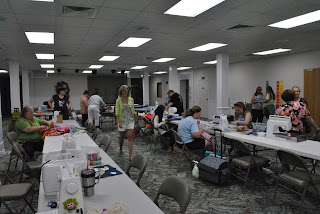 Natalie called the June 11, 2016 meeting of the Emerald Coast Modern Quilt Guild to order at 10:21 am.  She asked for a moment of silence to send a positive thought to someone in need.

Three members had birthdays and received birthday greetings and a birthday lollipop. 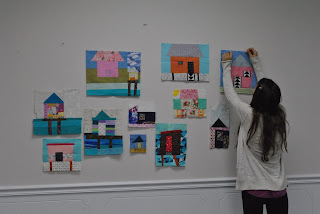 Members were asked to turn in their wonky house blocks for the Fisher House quilt. 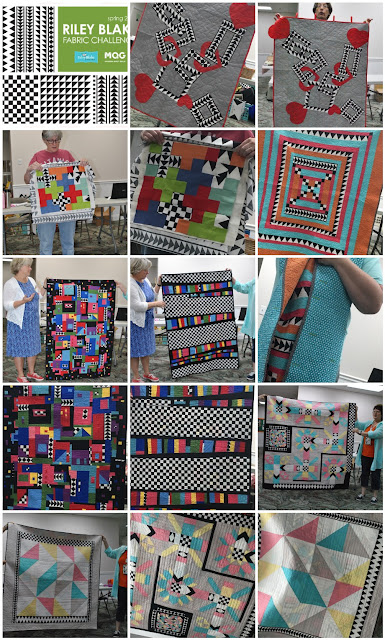 Cindy noted that QuiltCon registration begins at 9am Central Time on June 25.  Members interested in attending will want to be at their computers when registration opens to have the best chance of getting the classes they want. 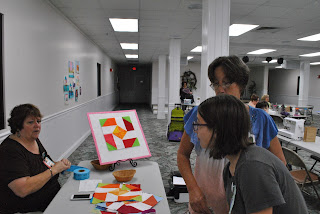 Ten members made blocks for the block lottery.  The block was "Elaine's Susanna."  Jo won the blocks. 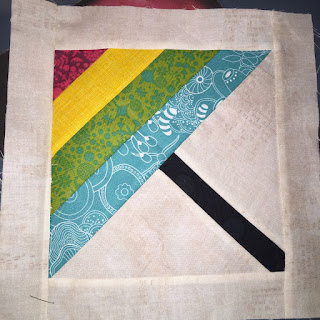 The July Block will be the Umbrella block, which is a free pattern on Craftsy.  The team has modified the block to make the stem more narrow and not as chunky in black.  The block will be 8-1/2 inches, with a background of sand, tan, or beige.


Bees reported on their progress. 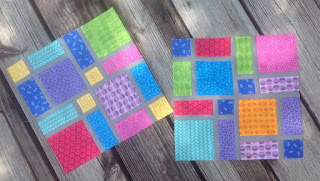 The Emerald Bee is doing a stained glass block for Anne Marie. 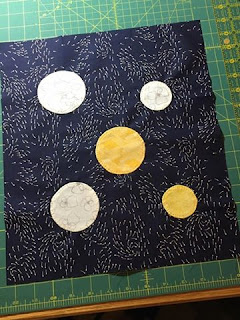 Bee Improv is doing a starry night block for Jill. 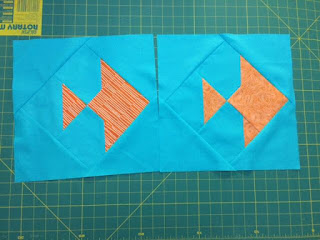 Sew Be It is doing a Fish block for Suzi.  (The blocks are amazing!) 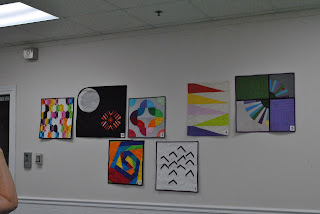 Our mini quilt swap featuring high contrast and graphic areas of solid color garnered seven participants.  The entries were fabulous!  This was an unpartnered swap so quilts were numbered and each participant drew a number. 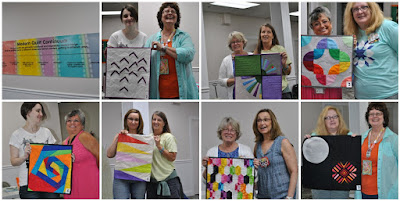 Long-time member Jennifer is moving to Miami.  She took a moment to say good-bye.  Members thanked her for her support of the guild, especially the block lottery and Quilts of Honor.

The official meeting concluded with  Show and Tell. 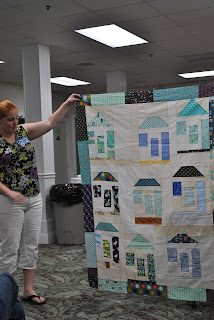 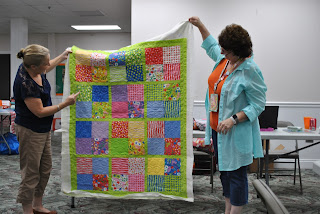 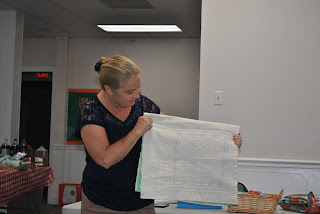 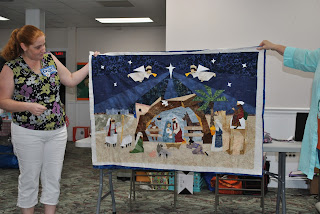 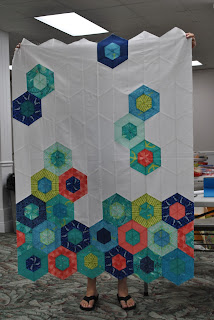 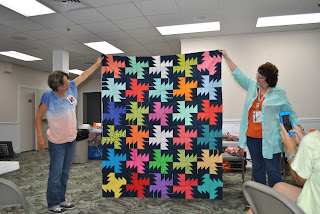 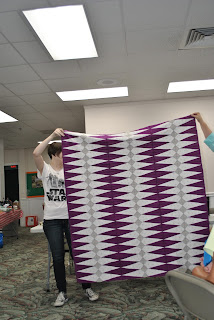 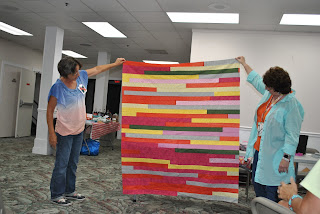 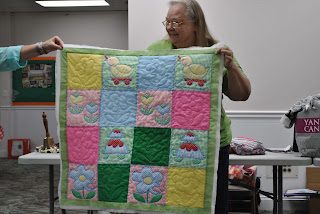 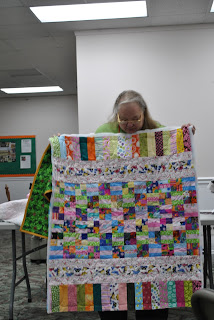 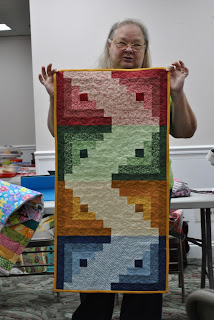 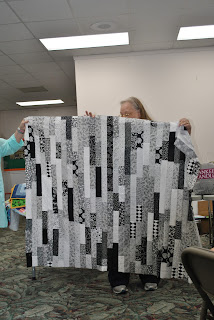 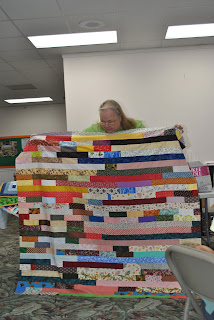 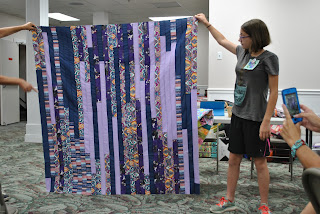 But after the official meeting was concluded...  And after lunch...  We had a jelly roll race!  Super fun! 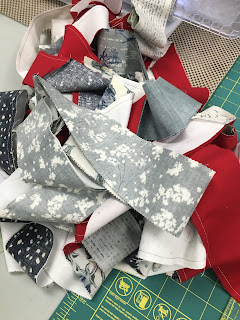 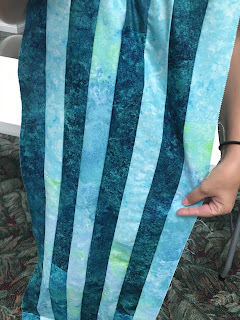 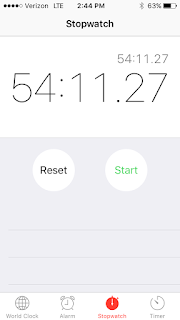 And the winner was Jill!