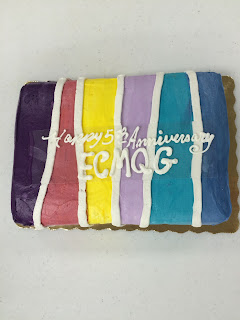 
We began the meeting with cake and beverages, conversation, and fun!  Each member present shared how long they had been a member of the guild, the darkest secrets of their stash, the number of sewing machines they owned (11???!!! Wow! And it seems that the members present have an average of 8 sewing machines) and a piece of ugly fabric from their stash.

Three members celebrated September birthdays and received their birthday FQ and a song. 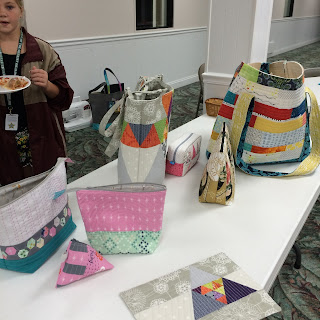 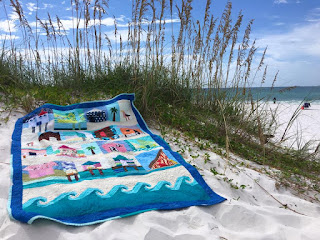 Natalie reviewed news from the Modern Quilt Guild:
Several door prizes were awarded.  There were notions, an Omni-Grid folding cutting mat, and several Carolyn Friedlander fat eighth bundles and some scrap bundles.  Thanks to Westwood Acres Fabric, Natalie, Cindy, Wendi and Laraine for donating items to our anniversary door prize cache in addition to those purchased with guild funds.

At 11:42 am we broke for a delicious pot luck Italian themed lunch and lots of conversation.
Diane presented her show and tell quilts during lunch, since she had to leave. 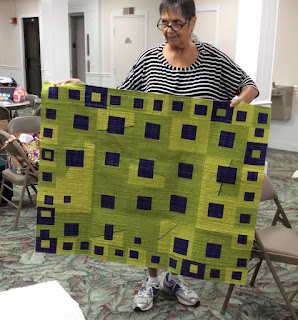 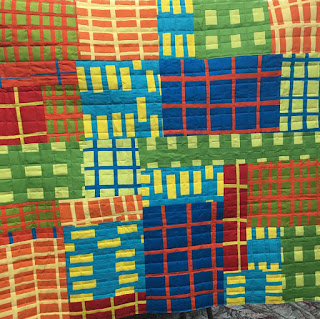 Following lunch, there was an extensive discussion of the financial condition of the guild and the progress of the internal audit.  Gina posed several previously prepared questions regarding financial governance and the status of the audit.  The members of the board, Natalie, Cindy, Wendi, and Laraine, responded to her questions, reiterating the information presented in the August meeting, and the subsequent steps the board has taken.
Gina moved that Pam be appointed Member at Large on the financial committee of ECMQG.  The motion was seconded.  The board tabled this motion since a Member at Large volunteered and was appointed at the August meeting.

Our anniversary celebration ran a bit long causing several members to leave the meeting immediately following the completion of the audit Q&A and the door prize giveaway. 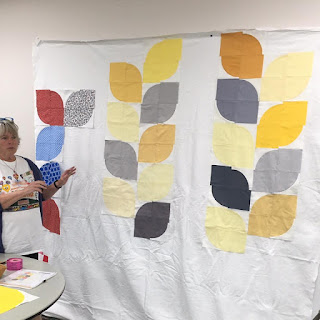 We received 24 Adore-la blocks in the September block lottery.  Our guest presenter was Loree.  The quilt is modern because of its use of alternate grid-work, negative space, minimalism, and use of solids.  As promised, there were three winners - Laraine, Cindy, and Loree. 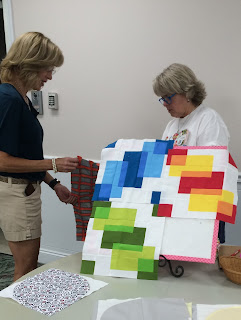 Laraine, our guest presenter for October, presented the Transparent Play block using two monochromatic colorways and a ROYGBIV example.  The background will be Kona white.  The skill this block stresses is color value.  The block requires a light, medium and dark fabric in either solids or prints.  Laraine suggested that people use the mono setting on their phone to determine the color value. 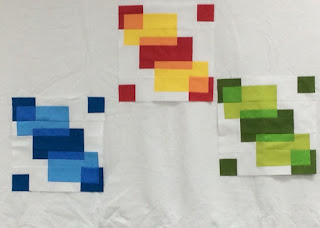 For education purposes, the block uses:
The tutorial is located here.  Complete instructions will be on the blog.

Carol J. has volunteered to present the October block.  Blocks are due in November.

Amy agreed to present the January block (introduced in November), with blocks due in January 2017.  Members were very excited about the triangles she used in Cindy's bag and requested she use a block with triangles.


Natalie asked about interest for ECMQG t-shirts to wear in Savannah for QuiltCon East. Let’s show our ECMQG pride! Her daughter Tasha has a business for digitized embroidery designs and she will inquire about pricing. Cindy will investigate screen printed pricing.

There were reports and brief meetings of the three guild bees.

Natalie presented a preview of the next 3 months' meetings, including nominations (October) and election of the Executive Board officers for 2017.  All officer positions are open for this election.


As part of the discussion about election of officers for 2017, Natalie explained that one of the duties of the President is to prepare a budget.  In addition to being required for the audit, accurate and complete financial records are necessary to prepare a budget.  Natalie prepared (but did not present due to lack of reliable financial information) a preliminary budget in February.  Based upon current and anticipated income and expenses, the preliminary budget she prepared indicates the necessity of either increasing dues or undertaking sustained fund-raising.  Basic expenses include meeting space fees, accounting software, postage and copy expenses, hospitality and meeting supplies, door prizes, birthday FQs, and supplies for charity projects. Wendi explained our current ECMQG fee structure - $25 dues – is the same amount an individual members pays for MQG affiliation.


Future expenses include insurance, specifically Directors and Officers insurance (also known as D&O insurance) for the protection of guild assets. Cindy has been in touch with an insurance agent who specializes in policies for small non-profits. She mentioned several hypothetical situations where if a lawsuit came to pass, the members of the Executive Board and their families would be personally liable. Insurance is a necessary cost of doing business, and ECMQG, because of it’s affiliation with the MQG and its non-profit status, is a business. Preliminary discussions indicate a basic $2 million policy premium would cost between $700 - $800 annually. Members who were still in attendance agreed this was a necessary cost and agreed an increase in dues is warranted. Cindy agreed to follow-up with the insurance agent and present the details
to the Board. 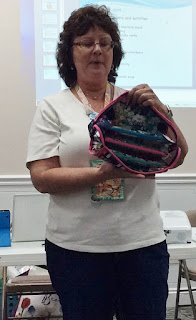 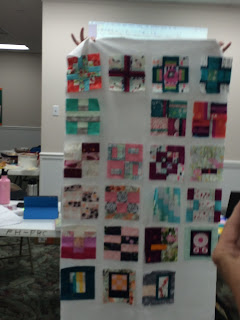 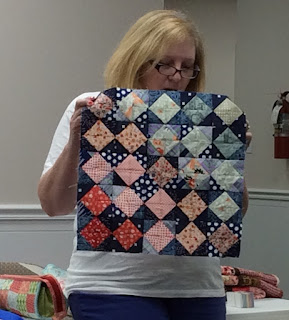 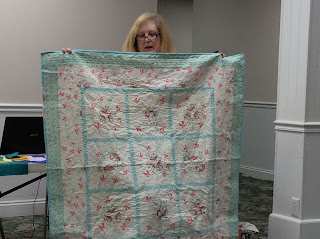 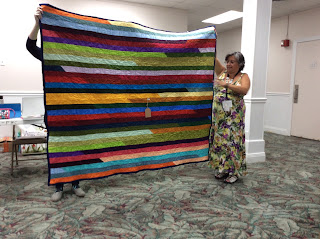 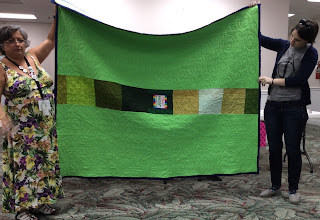 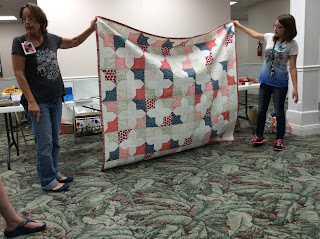 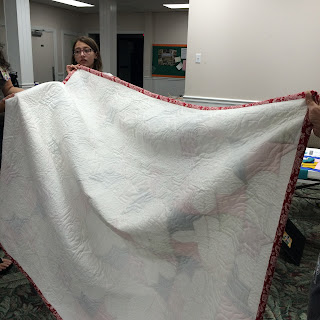