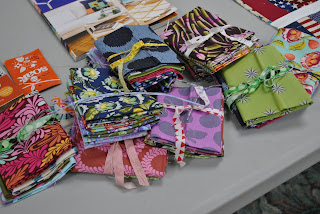 Natalie opened the meeting at 10:15 am on March 12, 2016 with a moment of silence.  Next, she welcomed several visitors and new members.  Three members celebrated birthdays in March and chose their fabric roll-up.

Natalie announced that the guild now has a storage space in the church.  Natalie's husband, Ted, and daughter, Tasha, were constructing the new storage unit even as our meeting progressed!  Thanks to Ted and Natalie.  This means that the guild now has space to store fabric, our projector, signs and other belongings.  It was suggested that we begin a guild library.  We discussed how a library might work and solicited suggestions from members and visitors who had experience with other guilds.

Natalie also announced that the guild, which had been borrowing projectors from guild members, had purchased a projector for our guild use.

Natalie reminded all those who were participating that Laraine was busily swapping the text fabrics everyone had brought and swappers could pick them up after the meeting.  Laraine announced that there was an uneven number of swappers so some members might have duplicates.  She is open to swapping more after the meeting. 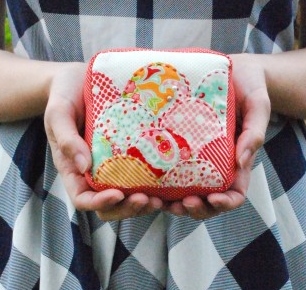 Cindy gave a recap of the Chautauqua Quilt Show, held on February 11-12.  She described it as "awesome" and "vibrant and colorful."  She mentioned that she enjoyed the comments visitors made about how different ECMQG quilts were from the quilts at the traditional show.  She also mentioned that as a guild, we only touched the tip of the iceberg as far as putting on a quilt show.

Forty-nine quilts were submitted by ECMQG members, of which 46 were hung.  We had visitor's choice winners in several categories, which are listed on the blog here.

Booth sales were less than expected.  Knowing what we know now, we would accept more donations of books, sewing items, and other quilting/sewing related things to improve sales/profit.

Mary McFarlane mentioned that at their quilt show in Canada, they have a lunchroom as a fundraiser and sell sandwiches, drinks, etc.

Cindy thanked the Chautauqua Quilter's Guild for inviting us to be their guests. 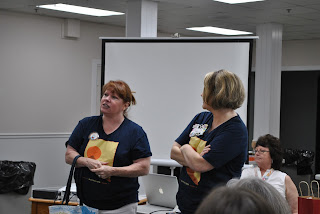 Pam, Beverly, and Gina reported on QuiltCon, held February 18-21 in Pasadena, CA.  They had a wonderful time, and especially enjoyed the quilt show associated with the conference, describing the quilts as "artsy."

ECMQG will be hosting a Shop Hop instead of  our regular May meeting.  We will take a bus and visit three quilt shops - one in Ozark, AL and two in Opp.  The fee will be $40.  We must have at least 30 participants to make the trip viable.  Details and reservations are up on the blog here.  Be sure to sign up by clicking the link and filling out the Google form.  Payment can be made via paypal or personal check.  We will leave First Baptist Church of Crestview at 8 am sharp and return at 5 pm.  See the link for additional details.  Reservations are transferable, but not refundable.  We must have enough paid reservations by the April 9 meeting.  If we do not have enough participants, the fee will be refunded. 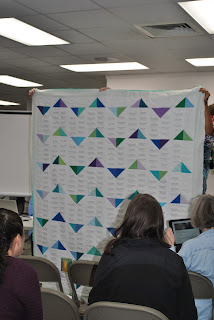 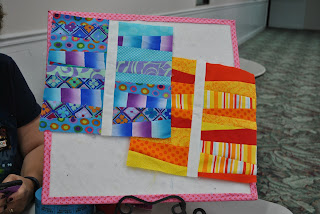 Elaine explained the block lottery and talked about the March block, "Making Tracks," which was a collaborative effort of Elaine and Cindy.  Elaine won this month's blocks. 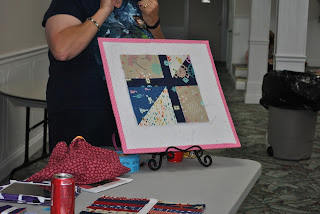 Next month's block is "Checker" by Elven Garden quilts.

Wendi explained virtual quilting bees and round robin quilts.  One of our goals for 2016 was to start a bee.  Natalie asked everyone to be thinking about what they wanted to try next.  Our bee will need six members and run for 6 months, May to November.  Cindy mentioned that this is the perfect timeline for a collaborative quilt entry in the 2017 QuiltCon in Savannah, GA.

The meeting finished with several members sharing their recent "makes" in Show and Tell: 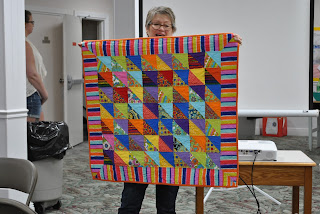 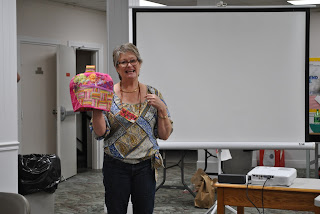 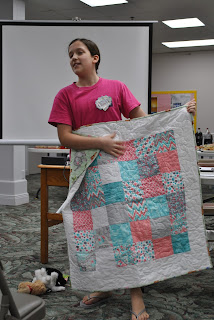 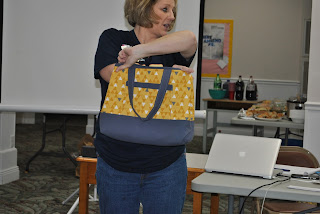 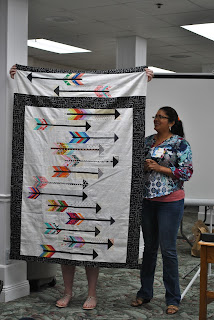 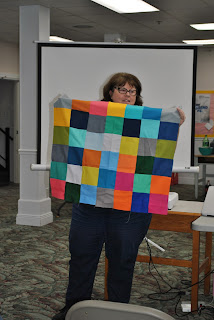 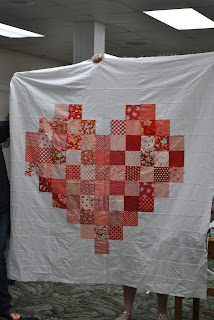 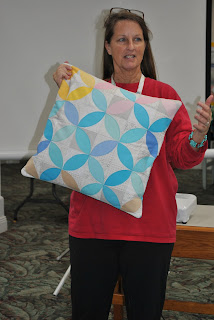 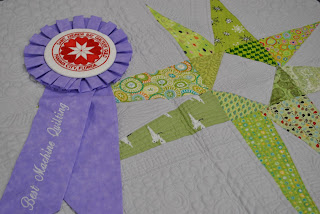 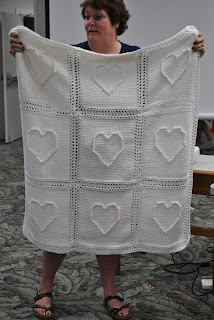